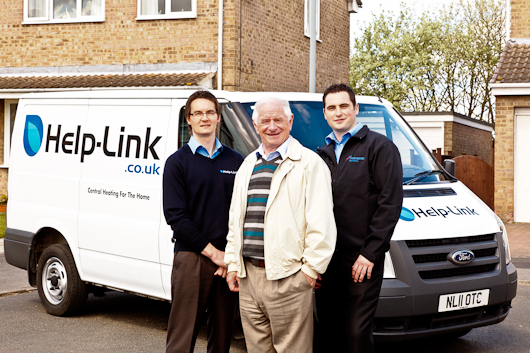 I’ve often said that commercial photography is a license to access all areas…particularly those which perhaps without a camera in hand you’d struggle to see…say behind the scenes of a location television commercial shot by Dene Films for HELP LINK and starring Johnny Ball… another one of the thousands (yes, that’s right…0000’s!!) they have produced.
So being asked to shoot a “stills package” for a commercial was an amazing opportunity to see exactly how a large crew works together…and I do mean a large crew, as unlike many photoshoots where “3’s a crowd” with even a small television commercial there’s quite a crowd!
It was only really clear just how many people are involved when they all managed to squeeze into our studio (and here’s a reminder of what the studio could look like) to shoot some “green screen” images for later compositing! As the fleet of vans the crew travelled in “occupied” the carpark behind the studio it was amusing to see the shocked look on our usually unflappable security!
Earlier in the day we had taken over a small quiet cul-de-sac in a housing estate, found by a location scout…with house exteriors dressed and prepared…which effectively “detained” the homeowners inside for the duration…though they could be seen peeking through upstairs windows all day!
My role had no requirement to direct events…unlike a commercial location photoshoot…so it was great to watch and record the whole process…the professionalism of the “talent” Johnny Ball, who was just as funny as I remembered…both on and off camera…and the combined efforts of the Director Mark Lediard and all the crew to make the shoot a creative and technically successful.

This despite the sun deciding to play “hide and seek” which made continuity between set-ups a little too exciting at times…and here it was interesting to see the use of large scrims (diffusion material stretched across frames used to soften the direct harsh light…I know, I know…but yes we had some…several of the crew and myself had the sunburn to prove it later in the day! ) to help balance later scenes shot under harsh cloudless sunshine with the earlier soft, cloudy light.

There was also a cheeky appearance from the Director’s Canon 7D, apparently great for scouting shot angles before rigging the expensive Arri pro camera… easier and lighter to carry up ladders to check the viewpoint!

The day ended at our studio, where the crew used our “green screen” to shoot Johnny apparently interacting with the on screen graphics…and I shot some portraits for the web site. It was interesting to see how the Director of Photography, Si Bell and lighting grip Richard Haigh chose to light the shot…using KinoFlow and our own studio bounce boards to achieve “key light” and “fill” all from the same single source…you re-learn something everyday! 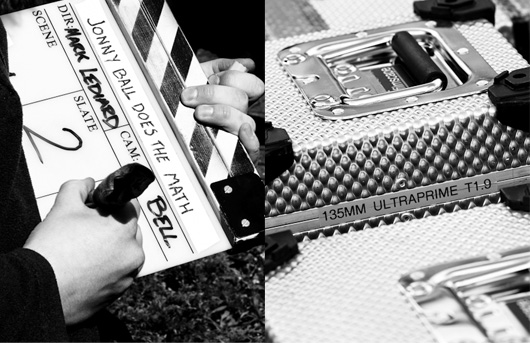 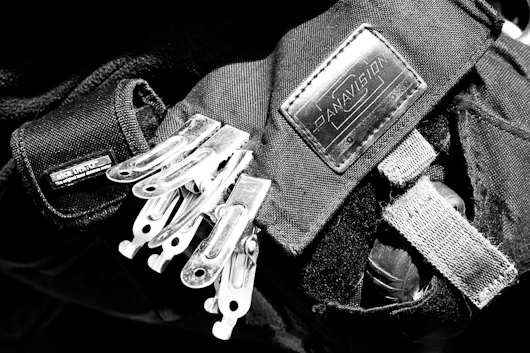 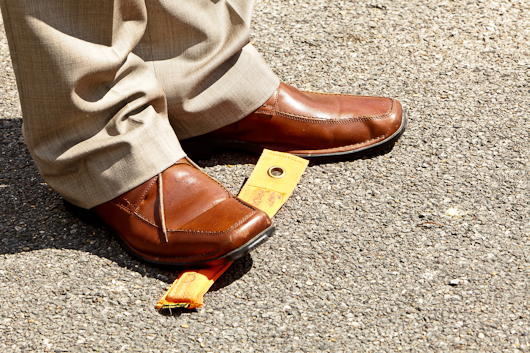 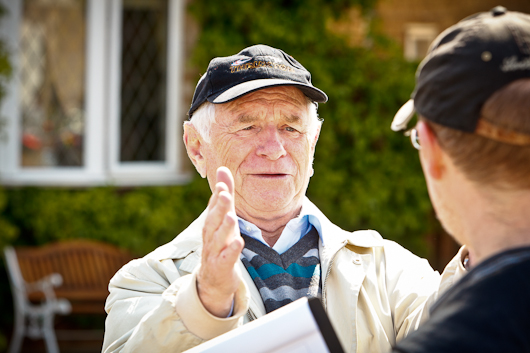 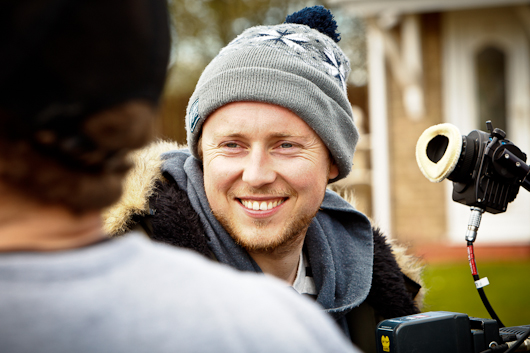 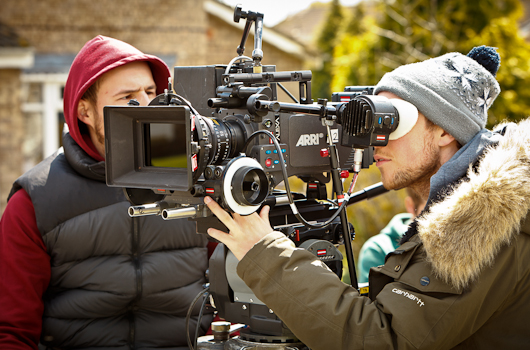 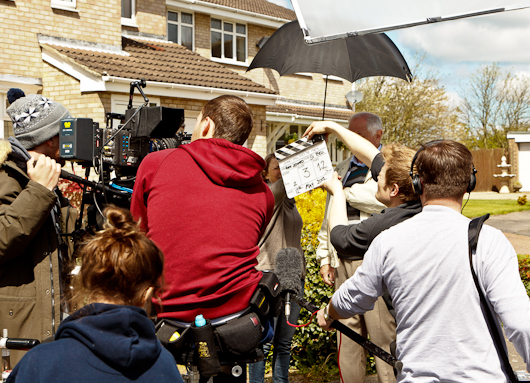 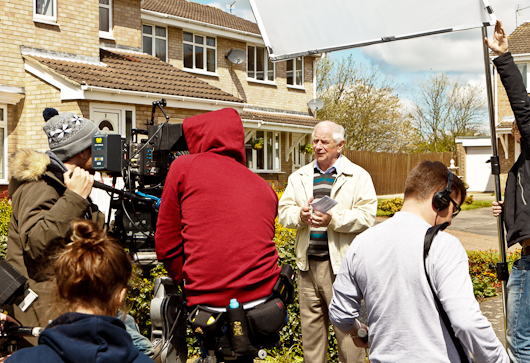 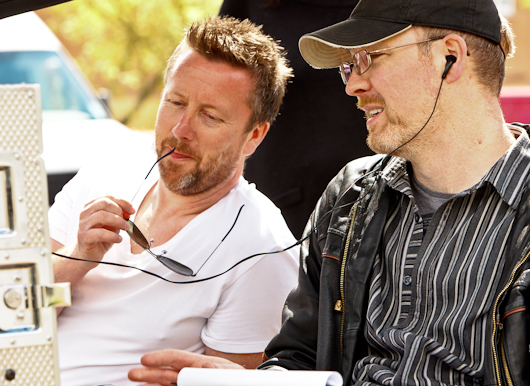 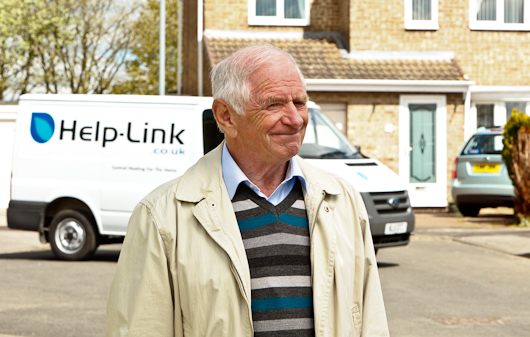 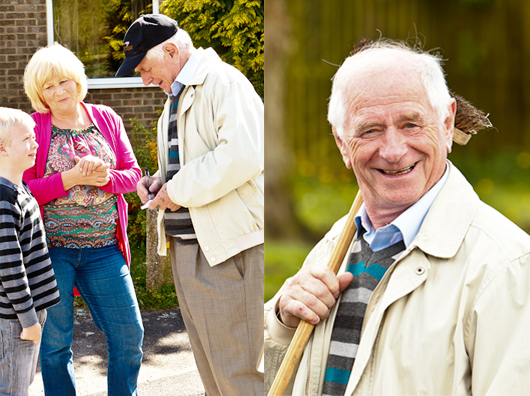 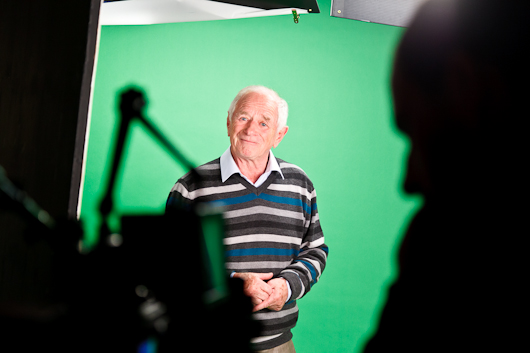 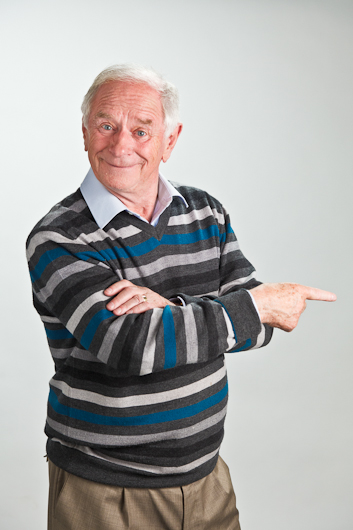 So to see what the final result looks like … and no you will not spot me… there are definitely no “close-ups” of me…anywhere…!